END_OF_DOCUMENT_TOKEN_TO_BE_REPLACED

Half-a-ghost-of-a-chance along a journey on the facets of Philippine Independent Cinema, a face will persistently shadow upon some filmic meandering and tattoo on minds a subtle allure so totally fresh and unique. The face has a name : MERCEDES CABRAL. A name now casually being dropped as THE QUEEN OF PHILIPPINE INDIE. A title that so far nobody has attempted to refute since this twenty-five year old actress who never dreamed of becoming such as a child, fits the tag perfectly. ‘I only wanted to paint… I wasn’t aware then that I will eventually end up as an actress; My passion for painting grew up with me so I took up Fine Arts at the state university,” she languorously surmised as I grab some of her moments while being made up for a pictorial. Looking at her now , you can’t help but retrace the Mercedes you saw on ‘SERBIS’, her third film outing wherein she had no qualms dipping herself into the now taunted risqué scene with Coco Martin. Finely etched into the digital realm, Director Brilliante Mendoza was dead sure that he had a gem in his hands. Word around and beyond the industry now distinctly projects her as Mendoza’s muse : “ If Brocka had Hilda Koronel; Bernal had Rita Gomez; Goseingfiao had Alma Moreno… Brilliante Mendoza has Mercedes Cabral!” She breathes that Mendoza taught her how to carefully knot the nittier-grittier ropes of the trade. When asked to describe her mentor , she only has one word and said in awe : ‘Genius’. To top it all, when she graced Cannes Film Festival in 2008, she was no less acknowledged with the MOST BEAUTIFUL ACTRESS award ; an endearing tribute to the Filipina beauty . END_OF_DOCUMENT_TOKEN_TO_BE_REPLACED 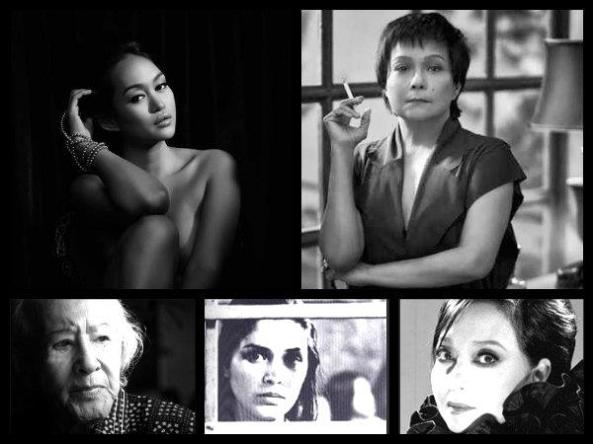