FAPWEB REPORTS : The Movie and Television Review and Classification Board (MTRCB) revised its classification ratings for television programs effective last

MTRCB Chairwoman Grace Poe-Llamanzares said MC No. 05-2011 was promulgated by the Board on August 25, 2011 after a series of public consultations and information campaigns with the different stakeholders in the television industry. END_OF_DOCUMENT_TOKEN_TO_BE_REPLACED

Many people aspire to become a writer and earn money and be famous. But not all writers become famous, others never gain accolade and end up frustrated persons. The willingness to learn the craft is the key to success. Here are some tips:

1. Observe good manners in dealing with editors, reviewers, publishers and fellow writers. What people read influence them. Proper etiquette should be observed by writers no matter where they are. According to the late Emily Post (the most famous writer on etiquette), “Etiquette is a set of rules dealing with exterior form. Good manners are really ingrained; a matter of who you are, not how you are. It must be without thinking since once we learned it, etiquette becomes a matter of instinct rather than of conscious obedience.” Her great-great grandson Daniel Post Sening, also said, “Good etiquette comes from common sense, and the fundamental principles to achieve it are honesty, respect, and consideration.” That is why aspiring writers should be well-mannered in dealing with people. END_OF_DOCUMENT_TOKEN_TO_BE_REPLACED

The eight members of the Film Academy of the Philippines special committee that will choose the local film to vie for nomination to the best foreign language film category of next year’s Oscar Awards have started reviewing a short list of films with the possibility that other deserving films with a September 2011 playdate may still qualify. The committee, which is chaired by National Artist for Film Director Eddie Romero , has the following members:new member Director/Actress Gina Alajar; Actor/Director Robert Arevalo, the new FAP deputy director-general; Director Jose N. Carreon; Director William Mayo, president of the Philippine Motion Picture Directors’ Association; Manny Morfe, president of the Production Designers Guild of the Philippines; Jess Navarro, president of the United Film Editors Guild of the Philippines and Director Elwood Perez. END_OF_DOCUMENT_TOKEN_TO_BE_REPLACED

The Lola Basyang series was the national fairy tale story-teller of legends and myths that usually ends with a moral lesson. With its huge following, Lola Basyang was made into a movie and stage play aside from the komiks version. END_OF_DOCUMENT_TOKEN_TO_BE_REPLACED

Planned as the first in a series of workshops to be held in different places, the SGP workshop will be conducted by Professor John Iremil I. Teodoro of Merriam College, who will teach the techniques in writing a film review, critiquing films and writing blogs about Filipino films. END_OF_DOCUMENT_TOKEN_TO_BE_REPLACED 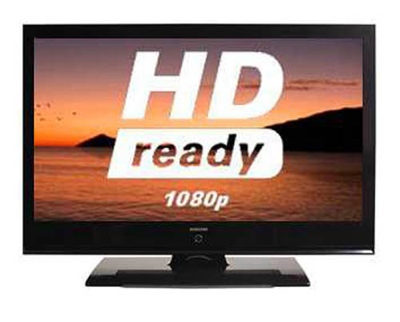 ALEX J SOCORRO WRITES : Due to the rapid advancement of technology, the film projector has virtually outlived its usefulness. No doubt, it is nearing extinction. In a year or two, perhaps, it will be relegated to the storage of oblivion.

The 35 mm film has been the standard medium ever since the motion picture gained popularity. Moviehouses were equipped with projectors that would play the movie reel for exhibition on the big screen. END_OF_DOCUMENT_TOKEN_TO_BE_REPLACED

The Pandayang Lino Brocka Political Film and New Media Festival is now on its 3rd year and according to Festival Head Sam Montuya, this year’s festival will have a special screening of LinoBrocka’s “Dung-aw”, a film about the famous Filipina revolutionary hero, Gabriela Silang, which was produced and starred by Armida Siguion-Reyna. END_OF_DOCUMENT_TOKEN_TO_BE_REPLACED

The Film Academy of the Philippines has announced the final list of nominees for the 29th Luna Awards which will recognize achievements of films shown in 2010.

Voters have started previewing the early batch of 20 films which ganered nominations last Tuesday, May 31, at the UP Film Center.

The final list of nominations, based on tabulation of the ratings of the nominators for the various categories, is as follows:

The 29th Luna Awards of the Film Academy of the Philippines will finally be held on Saturday, May 28, and academy nominators are reviewing the best 10 lists submitted by the citers for 11 categories of the awards.

The nominators will trim down the lists to the final five or so nominees. Like the citers, the academy nominators will be a peers-judge-their-peers system, meaning directors will choose the nominees for best direction, and so down the line. The academy voters will finally vote on the winners and will cover all categories, including best picture.

The best picture nominees will be the films with the most number of nominations in the categories, provided they are nominated either for best direction and/or best screenplay. END_OF_DOCUMENT_TOKEN_TO_BE_REPLACED