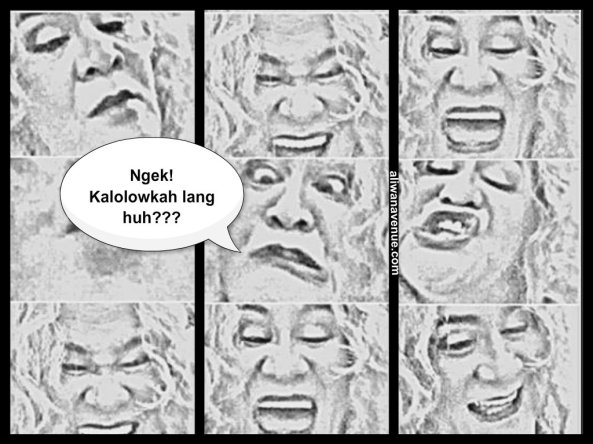 It took me some guts and a thorough meditative process not to pursue this throbbing urge to divulge some discomforted images of two celebrities in a manner and hope that this is a mere speculation. These characters are popular in their own right and as a matter of fact one has become controversial… The GIRL is A BOY.  Of course she is being hawked as a child star.  A female child star who is starring in a network’s teleboohoo series as a girl.  But according to some people from where she grew up, she is really a boy!  How did this happen?  Well, her worthless parents thought that since she looked like a pretty girl and was baklain, they felt that she would be hit as a girl.  Well, true enough when she auditioned for a lead role she got it and is now being regaled as one of the brightest stars of tomorrow. This is the height of deceit.  What can happen is for the poor boy to really grow up as a girl, visit Thailand and finally get rid of the thing-y.   Or, if they were caught red handed as in somebody comes forward to divulge the truth they can merely accept it as true and fade away into the sunset.  Kever. The BOY LIKES BOYS.  And how!  He is one of the most outspoken legislator we have around town.  He speaks straight out of balarila and points loosely at issues as long as we can tolerate.  He was married once and was abandoned by his wife who is mum about the details of the cause for all we care.  But then, of late some wild tongues have been wagging that the poor wife caught him with some boys indulged in some compromising acts that made her skin crawl.  Thus the exit.  He said he has moved on and as a matter of fact is playing intriguing music with a not-so-pretty-not-so-popular actress who might be aware that she is being used to buoy his popularity once he decides (or coaxed) to run a high position sometime soon.  The thing is he is so much into boys that his favorite pimp is doubling his time supplying for fresh flesh at the legislator’s pleasure.