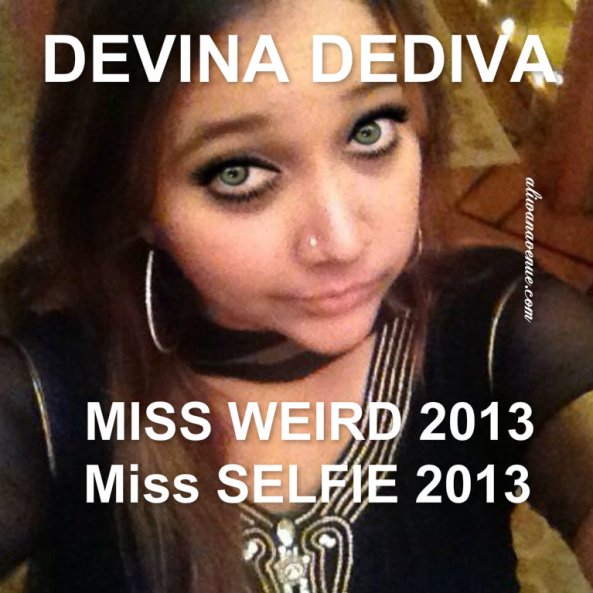 For a day, the thread of a certain DEVINA DEDIVA floated this sick thought : “Miss Philippines is Miss World? What a joke! I did not know those maids have anything else in them Ha Ha Ha“ .  Absolutely racist in context but it is reflective of what kind of person make such comments.  It appears that DEVINA is not from a sane state of mind for being ‘matapobre’ and is lacking in attention since she is not in the position to make such declarations on FaceBook or even on her face.  Tracing through her account, the only information she volunteers is that she studied at Manchester University in Indiana; and that she looks BOMBAY.  Her english is crooked and her photos are mostly SELFIES , thus explaining her insane vanity and extreme oblique outlook towards the world beyond her stinky self.  At least, FACEBOOK immediately deleted such thread but the damage has been done.  What kind of person would question the merits of a race by what she perceives them to be?  Who in her right mind would degrade a fellow Asian as if she were a goddess of confusion?  We may not have to blame her totally for such deed but then, we can easily assess that her parents are as mean as their guts to have spawned such an obnoxious lady in this planet!