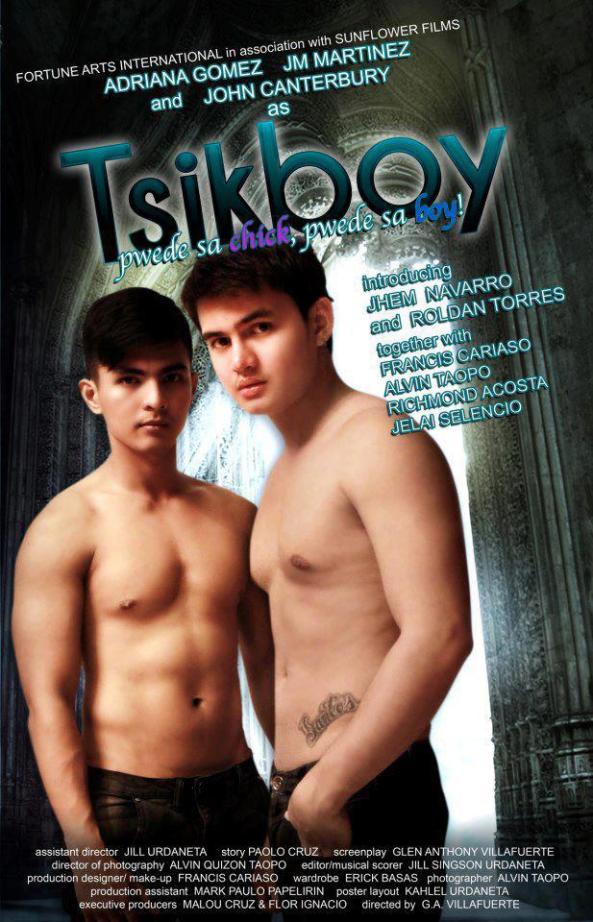 The title is  lifted from a vernacular bisexual adage that goes : ‘Puede sa chick, puede sa boy’. ‘TSIKBOY’ is another run-of-the-mill voyeur’s delight and should never be taken seriously but merely for kicks.  Although there might be some moral pretention embedded somewhere within the cut ; nobody really would care to take notice.  Visually enticing to keep images handy for eventual jerking , one would NOT be really surprised that these kind of indie outings are only shown in Remar and Roben / Isetann Recto; theaters that have seen better days and have deteriorated perhaps with the aesthetic quality of films shown on them.  These are seedy , dark and cool viewing halls where the scent of sweat is an added enticement for a sexual escapade.  TSIKBOY may just be your kind of film for a moment and totally forgotten in the next , unless you get to book one it’s stars! Now that’s just an afterthought. TSIKBOY stars ADRIANA GOMEZ, JM MARTINEZ, JELAI SELENCIO, JHEM, ROLDAN TORRE, RICHMOND ACOSTA, ALVIN TAOPO, FRANCIS CARIASO & JOHN CANTERBURY. Directed by G.A. Villafuerte