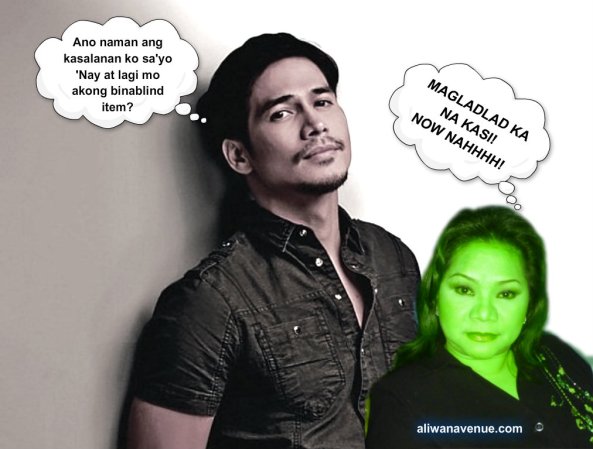 We may all be clueless now as to why showbiz talkshow host CRISTY FERMIN keeps picking on PIOLO PASCUAL‘s alleged ‘real self‘ in every chance of every ungodly hour.  She muses on her determination to fruitfully suck out the juice of truth with regards to the actor’s sexual preference.  She minces no hesitation to mouth out his name over bleeped seconds to untiringly try to reach his gut and finally give in to her request to this effect: “Magladlad ka na anak, mas gagaan ang buhay mo!”  To the point of having to be malicious, she even writes as often as she wets her lips things on this matter.  Of late, she has been trumpeting the alleged date he had with Yul Servo at a restaurant ; something that is private and should only be considered as a dinner between friends in the business.  She harps that it is but time that Piolo placed his cards on the floor and reveal what could be an inane fact since everybody is aware that he indeed is homosexual (thanks to her prompting).  Why doesn’t Fermin take the initiative to personally reprimand Pascual on this matter rather than bothering to smudge his reputation with Blind Items and useless insinuations? What if Pascual is a bisexual, homosexual, heterosexual or god knows what else; would it matter at all and increase gross national income by a leap? Talk to your own cloaca , Cristy Fermin, not mine!

3 comments on “CRISTY FERMIN URGES PIOLO PASCUAL TO STEP OUT OF THE CLOSET!”